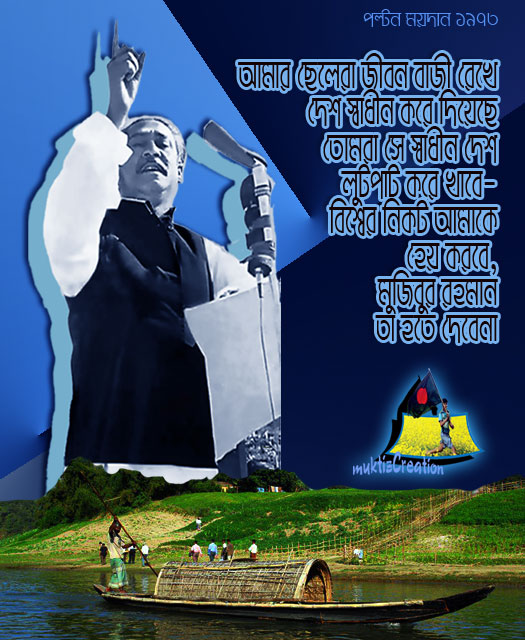 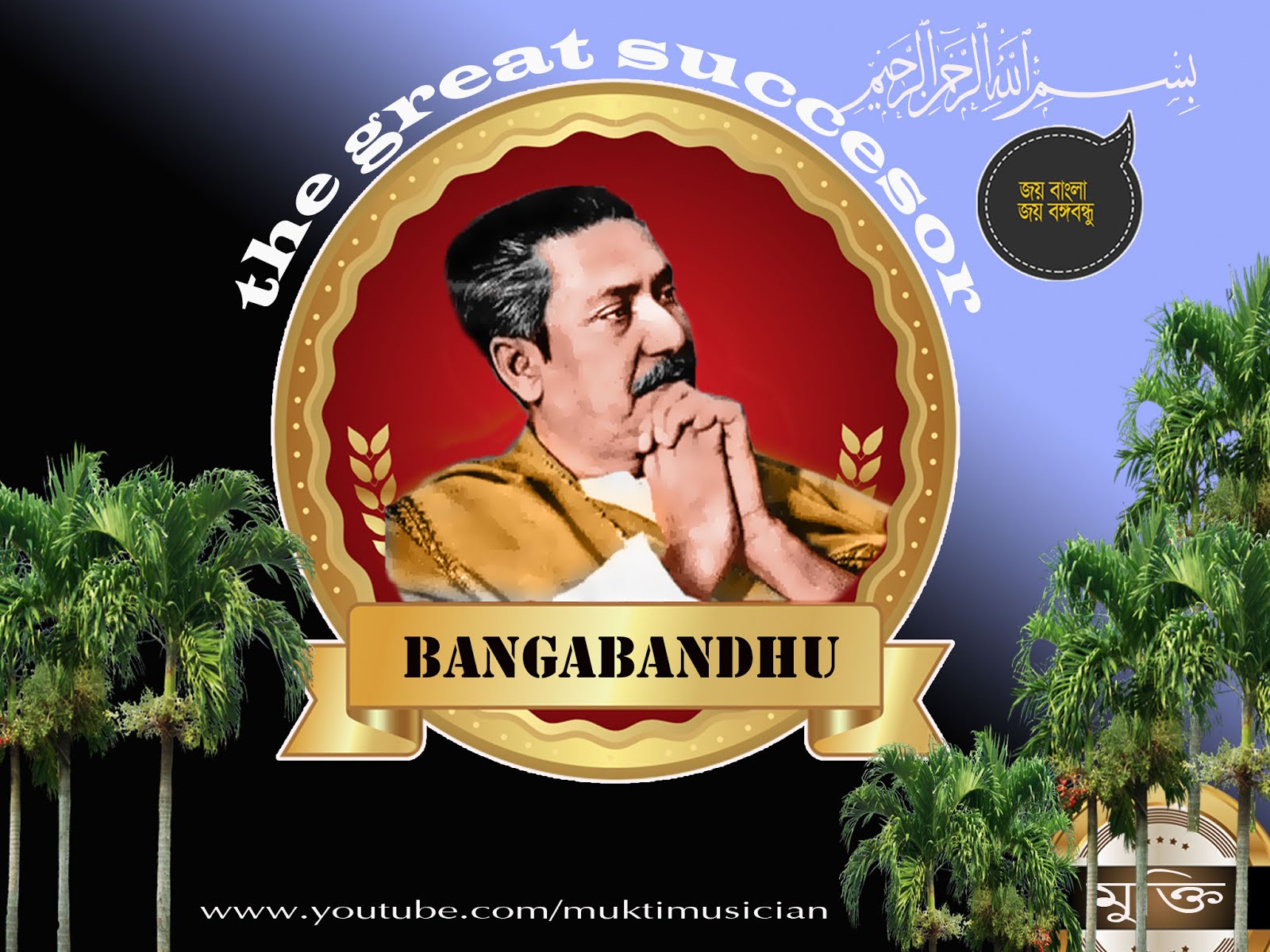 great stupid of the world 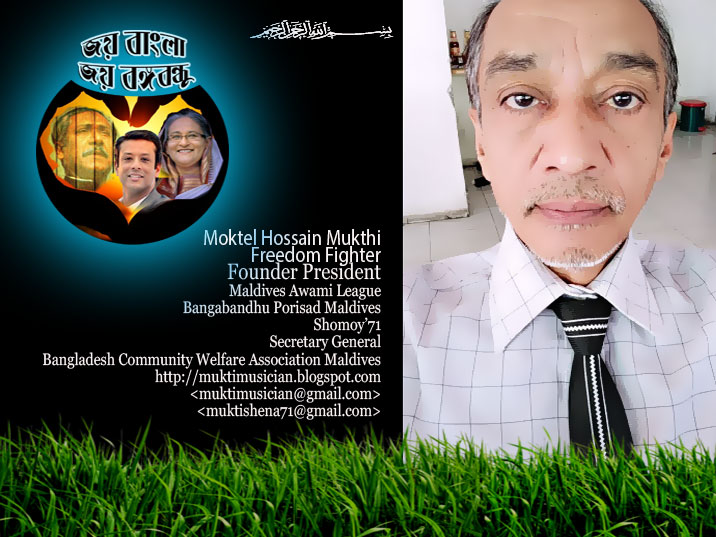 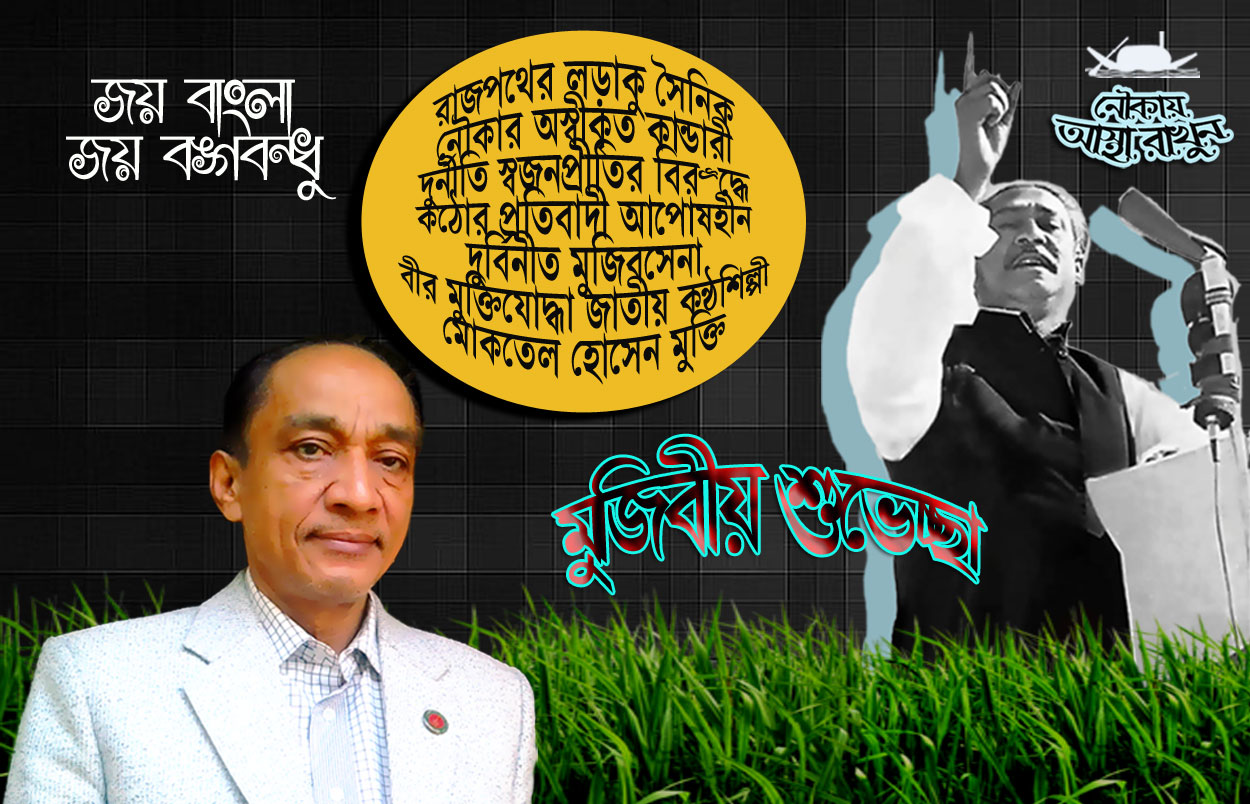 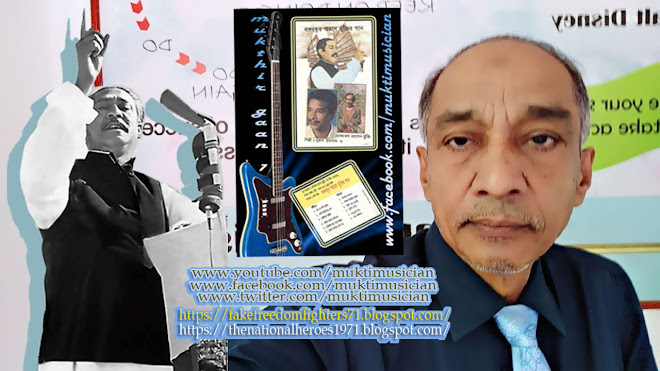 Ziaur Rahman, a Major in the Pakistan Army, Zia's unit (2/5 East Bengal Regiment) took control of the Kalurghat radio station in Chittagong at the onset of the Bangladesh Liberation War and on behalf of Bengali nationalist leader (Father of the Nation)Bangabandhu Sheikh Mujibur Rahman.made the most widely transmitted declaration of independence of Bangladesh which was the third and last in a series of such declarations. Recognized as a war hero, he was honored with the second highest national award Bir Uttom in 1972. A high-ranking accomplished officer in the Bangladesh Army, Zia was appointed chief of army staff in course of dramatic events that evolved following the assassination of Sheikh Mujibur Rahman in 1975 by a group of junior military officers and these army personnel met Ziaur Rahman at his residence to killed Sheikh Mujibur Rahman.

This was followed shortly by another coup and counter-coup and ultimately led to the consolidation of power under Zia as Deputy Chief Martial Law Administrator. The counter-coup, sometimes referred to as a sepoy mutiny was organized by the socialist Colonel Abu Taher.

Ziaur Rahaman assumed the office of the President of the country in 1977 He engaged himself in politics by floating a political party that came to be known as janodal. Later he founded the Bangladesh Nationalist Party. For achieving popular support, he adopted policies bringing the government increasingly under Islam, which he included in the national constitution. It has been alleged that Zia helped individuals involved in the assassination of Sheikh Mujib rehabilitate home and abroad, immunized by the Indemnity Act. He also came to be known as Mr. Clean for his unquestionable integrity.

Coup of 1975 and its aftermath

On August 15, 1975 Sheikh Mujib and his family were killed by a group of military officers. One Sheikh Mujib's cabinet ministers Khondaker Mostaq Ahmad was appointed the president and, subsequently, Major General Ziaur Rahman was appointed as the army chief after removal of Major General Shafiullah. However, the coup of 15 August caused a period of instability and unrest in Bangladesh and more so across the ranks and files of the army. Brigadier Khaled Mosharraf and the Dhaka Brigade under Colonel Shafat Jamil made a counter-coup on November 3, 1975, and Ziaur Rahman was forced to resign and was put under house arrest. A third coup was staged under Colonel Abu Taher and a group of socialist military officers and supporters of the left-wing Jatiyo Samajtantrik Dal on November 7, called the "National Revolution and Solidarity Day" (Sipoy-Janata Biplob) (Soldiers and People's Coup) Brigadier Khaled Mosharraf was killed and Colonel Jamil arrested, while Colonel Taher freed Ziaur Rahman ( After few months Ziaur Rahman arrested and execute Colonel Taher )and re-appointed him as army chief. Following a major meeting at the army headquarters, an interim government was formed with Justice Abu Sadat Mohammad Sayem as chief martial law administrator and Zia, Air Vice Marshal M. G. Tawab and R ear Admiral M. H. Khan as his deputies. Zia also took on the portfolios of home affairs, finance, industry and information along with becoming the army chief of staff. However, discipline in the army had totally collapsed and it was difficult to disarm the soldiers and put them back to the barracks. Fearing that Colonel Abu Taher, who in fact rescued him few months earlier, would attempt to organise another revolt, Zia ordered his arrest. Following a secret trial in a military court, Zia authorised the execution of Colonel Taher on July 21, 1976. Zia became the chief martial law administrator following Justice Sayem's elevation to the presidency on November 19, 1976. He tried to integrate the armed forces, giving repatriates a status appropriate to their qualifications and seniority. While this angered some veterans of the Mukti Bahini, who had rapidly reached high positions following liberation in 1971, Zia defused potential threats from discontented officers by sending them on diplomatic missions abroad.

Ziaur Rahman Rehabilitate the war criminals and former Prime Minister Shah Azizur Rahman was one of them (Bengali: শাহ আজিজুর রহমান) (1925 - 1988) was a Bangladeshi politician who served as the Prime Minister of Bangladesh. However, he was the subject of considerable controversy for his collaboration with the Pakistan Army against the struggle to establish Bangladesh. Shah Azizur Rahman was born in Kushtia of the province of Bengal (now in Bangladesh). As a student political leader, Rahman participated in the Bengal Provincial Muslim League and the Pakistan movement. At the outbreak of the Bangladesh Liberation War, Rahman supported the Pakistani state forces and denounced the Bengali nationalist struggle, joining Bengali politicians such as Nurul Amin, Golam Azam and Motiur Rahman Nizami. He would lead the Pakistani delegation to the United Nations in November 1971, where he would emphatically deny that the Pakistan Army's Operation Searchlight had degenerated into genocide. Following the defeat of Pakistan in the Indo-Pakistani War of 1971, Rahman continued to reside in Pakistan. In the post-war period, authorities estimated that over a million people had been killed in Bangladesh by Pakistani state forces and collaborating militias. Rahman would continue to lobby Muslim nations in the Middle East to decline diplomatic recognition to Bangladesh.

Shah Azizur Rahman was permitted to return Bangladesh after liberation war. Shaikh Mujibur Rahman was a good friend of him and released Shah Aziz from jail. There are saying that while Azis was in prison Mujib provide his family 3,000 taka each month. When Major General Ziaur Rahman became the President of Bangladesh, zia allow Aziz to take part in national election and appointed him to the post of prime minister. Rahman also helped Zia organise the Bangladesh Nationalist Party, which won the 1978 parliamentary elections. Both Zia and Azizur Rahman have received fierce criticism for issuing the Indemnity Act, which gave amnesty to the killers of Sheikh Mujib and legalised the military coups of 1975.

(Bengali: গোলাম আযম) (born 7 November 1922), is a Bangladeshi political leader who is recognized by the Bangladeshis as one of the worst war criminals of the Liberation War of Bangladesh. The former Ameer of Jamaat-e-Islami Bangladesh, he opposed the independence of Bangladesh both during the liberation war and upon its liberation on December 16, 1971 and lead the formation of Shanti Committee, Razakar and Al-Badr to thwart the freedom fighters of Bangladesh. He also lobbied against the acknowledgment of new-born Bangladesh after 1971.

He was a permanent resident of England until 1978, and maintained Pakistani citizenship until 1994 due to the decision by the Bangladeshi government at the time to refuse him citizenship. From 1978 to 1994 he lived in Bangladesh illegally without any authorized Bangladeshi visa.In 1994, the Supreme Court upheld the decision to restore his citizenship of Bangladesh as a matter of birth-right.He was the leader of Jamaat-e-Islami Bangladesh until 2000.

Azam entered politics as a student leader at Dhaka University, and in 1947 became the Secretary General of the Dhaka University Central Students Union. Among his earliest campaigns was participation in the Bengali Language Movement during 1950s. He submitted the memorandum to the Pakistan government demanding Bengali as one of the state languages, on behalf of the students of Dhaka University, following the demand made by Dhirendranath Datta in the Pakistan Constituent Assembly in February 1948 and the resulting nationalist uprising in East Bengal. Azam, however, distanced himself from the Language Movement when it became clear that it was becoming a rallying call for a secular Bengali nationalist movement rather than one focused on Bengali Muslim activism alone. Since his return to Bangladesh in the 1970s Ghulam Azam has never participated in the official commemorations of the Language Movement and he and his party celebrate that event separately

Azam became the secretary of the Islamist political party, Jamaat-e-Islami Bangladesh, in 1957. Later, he became the Ameer (president) of the Jamaat in East Pakistan in 1969. He was also a participant in the formation of the Pakistan Democratic Alliance in 1967.

During the Bangladesh Liberation War of 1971, Azam played a central role in the formation of Peace Committees, which declared the independence movement to be a conspiracy hatched by India.[2] Azam was one of the founding members of this organization.[2] After the genocide of 25th March Pakistani forces lost control of Bangladesh. To help control this situation Pakistani army set up a network of peace committees superimposed upon the normal civil administration as army couldn't rely upon that administration. Peace Committee members were drawn from Jamaat-e-Islami led by Ghula Azam, Muslim League and Biharis. Peace committee served as the agent of army, informing on civil administration as well as general public. They were also in charge of confiscating and redistribution of shops and lands from Hindu and pro-independence Bengali- mainly relatives and friends of the freedom fighters. Almost 10 million Bangladeshis fled to neighboring India as refugees. The Shanti Committee also recruited Razakars. Razakars were common criminals who had thrown their lots with the army.

During Azam's leadership of Jamaat-e-Islami, Ashraf Hossain, a leader of Jamaat's student wing Islami Chhatra Sangha, created the Al-Badr militia in Jamalpur District on 22 April, 1971. Current Jamaat Ameer (supreme leader) Matiur Rahman Nizami was the supreme commander of this militia. Nizami was a leader of Islami Chhatra Shongha then.
Also, in May, 1971, another Jamaat leader Mawlana Yusuf, a subordinate to Azam, created the Razakar militia in Khulna. The first recruits included 96 Jamaat party members.

I put this in FaceBook already for some idiots, if not a chic major, a full scale Major General [55 Div Com - Jessore] go to Khulna Radio Station and declare Independence of Khulna, will he get support from 4 neri-kutta! Will the people, armed forces believe his declaration and join the armed struggle against Bangladesh, then how could an unknown Major Zia declare independence and the idiots of Bangladesh join Liberation War, which Lunatic believe in it! Even Killer of Bangabandhu, Zia never claim that in his life time, but after his sad demise, Paki ISI Bustard tried to spoil the theme of our Liberation Struggle and many of our Children believed and being trapped by their ill propaganda! I hope our friends will read it and clear their mind and come back to sense!